Since the beginning of the creation of Waldorf Education, Rudolf Steiner said that the main objective of this type of education would be to contribute to the overall healthy development of each child’s individuality, encouraging the development of all the forces and powers of the child in their growth: interest in the world, creativity, healthy morality, sensitivity to art, craft skills, own thinking, social virtues and willpower.

Waldorf Education is based on a true knowledge of the human being and the developmental stages described above. Steiner himself in his lectures advised teachers that hey should know the child, they should create the curriculum to accompany their class to help and support them in this process of developing their individuality.

“I cannot condition the child that I teach from me, but I rather must take what for me is totally unknown from his/her enigmatic interiority.” – R. Steiner

We must create the right environment for the child to be educated with us according to his/her destiny.

Stories of Heroes and Saints are special to nourish the soul of the children between 8 and 9 years, which is why I chose to narrate these stories. In these ages, more than give speeches about morality, many times the message is given through these stories, where children are identified with people who existed and whose lives were filled with exemplary qualities such as courage, love, calm, respect, humility.

Stories of Saints (Saint Francis, for example) are stories of people who have fought for their ideals, even against their family. It is a struggle with the world. These are stories that inspire the listener. When the child hears the stories he/she feels “identification, admiration and reverence”. We look for qualities that lead to these ideals. By narrating we can describe the village where this exemplary person lived, how were the people, the family, how he was when he was a child; children will love it.

One of the characteristics of children between 8 and 9 years is their desire to learn, yet without forming their own judgments. Memory, imagination, rhythmic repetition, satisfaction and desire for universal concepts presented in image form are part of this stage. The neccesity of adults acceptance is still strong, but now changes from being a matter of imitation of his senses to a matter of focusing on a model that affects the child, not only by words, but also in the way in which the teacher acts in life. Of the 9 onwards, children start to move away, and they question the authorities that are given to them.

Steiner recommended the use of parables to approach the soul of the child; by the spiritual content of the parables, the child can feel the inherent laws of existence, rather than merely grasp concepts . “All the transitory things are just a parable”, this is the permanent slogan of all education in this period. It is very important that the child receive as parables secrets of existence, before his soul face them in the form of “natural laws” (The Education of the Child, R. Steiner).

Current education, and this world of materialistic thinking, believes that the only path to knowledge is abstract; for that world it is difficult to admit that other psychic powers are as necessary as the intellect. Today’s education is often dry and dead, filled only with abstract concepts. For the cultivation of memory, the child has to learn things, like words, that only later will capture intellectually. The more your child´s memory capture, the better for him. In this period we must not exhaust the child’s mind with intellectual concepts. The Waldorf curriculum is designed so that the child is identified and reflected in the stories he/she hear.

In our mixed class of 2nd and 3rd grade, where all children are between 8 and 9 years old, has been a beautiful experience to see the reactions of each of them. The emphasis on grammar during the block of Heroes and Saints has been the use of punctuation and the class is learning calligraphy. They are writing their books with summaries of the stories they hear.

This time Giulio´s mom, Marinella, is accompanying us and teaching us each week, the song “Laudeato Si, Oh Mi Signore”, classical choir piece in the Italic language (old Italian), that has been sung in many languages ​​and countries around the world, in honor of St. Francis of Assisi. 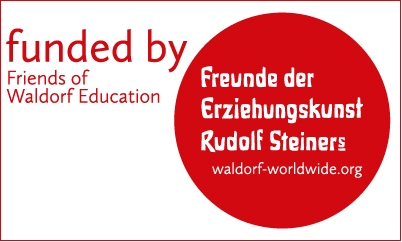 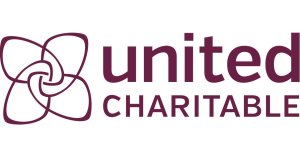