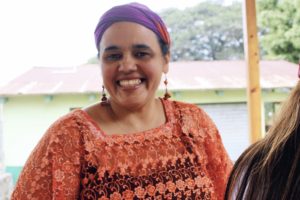 When difficult times arrive, the survival instinct surfaces. It becomes hard to think and act for the others; thinking and doing facing the future becomes a challenging task since the future seems inexistent, and being alive becomes the only priority. This primitive reaction, almost unaware, that takes us to our primal nature, guides us at that spot where we must realize that the human beings, and the humanity itself, need to go backward, not only to previous evolution stages in order to find the self-protection but to achieve the survival of the physical body.

When hard times arrive, the group’s survival instinct activates. It’s so hard to think and to act for oneself, how releasing it is to think and to act pointing at the future of the group, since this future, belonging to all of us, is the inspiring motivation of the existence itself. This reaction belongs to mature souls, well experimented, souls that have known how to transcend from less human experiences, more primal and wild; previous experiences forged throughout the times.

And when our souls, detached from the body, seek to be reborn within the new humanity, they know this primal reaction towards the ego followed the steps of a meaningless previous existence in an individual way that meant little or nothing compared with the spiritual growth achieved through the centuries. This is when the line of the existence was erased (we could also say that it was shamelessly concealed) and our souls were consumed into wilder stages. The opportunity to become human beings gets suspended and has been wasted unless we, reconsidering, assume that only by working in and for the collective will have another chance to evolve as humans.

“Only when my thinking becomes light, my soul will shine. Only when my soul glows, the earth will become a star. Only when the earth shines bright, I will truly become a human being.” Rudolf Steiner.

A new member has arrived to our family.