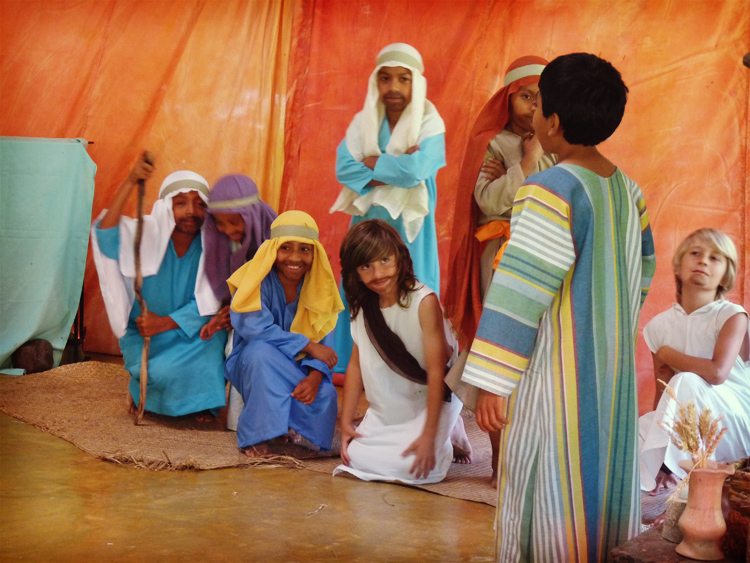 This week, students of third and fourth grade played Joseph the Dreamer, a class play based on the stories of the Hebrews and created especially for children of 9 and 10 years.

Joseph the Dreamer tells the story of Joseph, sold as a slave by his brothers to the ignorance of the father. Joseph goes to prison in Egypt, where he starts to interpret the dreams of the prisoners. His destiny, however, is ending up being the Pharaoh’s counselor, and his ability to see through dreams led him to earn the respect and admiration of all. He finally meet again with his brothers, they show their repentance, and his father can die peacefully after seeing his disappeared son again.

The story is particularly relevant to this age because it delivers values, emphasizes human errors and their consequences, and reveals the importance of destiny.

The children greatly enjoyed the whole process. There were families who supported in the making of clothing and other members of the team worked for the play to look as beautiful as it looked. Many families and people from the community came to watch the play. It was a great community time! Congratulations girls and boys!